Home » Art symbols of Rome – the capital of fountains

Art symbols of Rome – the capital of fountains

It’s not just the love in “Roman Holiday” that makes us marvel at Rome. The history, art, scenery and architecture of Rome are unforgettable. We all know that Rome prided itself on three great arts: architecture, sculpture and painting. And the marble sculpture fountain is a combination of these three arts. Rome has fifty large fountains and hundreds of small fountains, more than 2,000 fountains, more than any other city in the world. These fountains, decorated with sculptures by artists, echo the elaborate and imposing classical architecture, and Rome has become known as the capital of fountains. It was a golden age when the fountains of Rome were built. 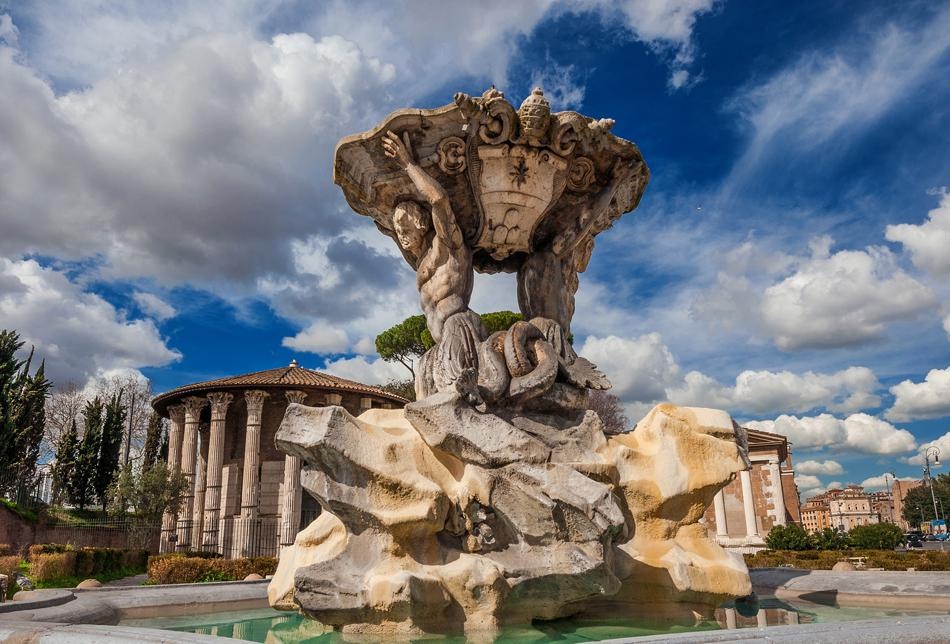 Fountains in Rome, packed with allegorical figures, full of emotion and movement, like paintings, are expressions of the new Baroque style. In these fountains, sculpture becomes the main element. Water is simply used for animation and decorative sculptures. Ancient Rome was deeply influenced by Greek culture, and fountain sculptures also inherited some artistic features, the most common being the theme of the ocean. Sea creatures or related myths. The large sculpture in the fountain usually shows the scene of a fairy tale. The action relationship of the characters and the characteristics of each character have been carefully crafted, leaving people with a deep artistic charm. These Roman fountain scenes, like baroque gardens, speak to the pride of that glorious era.

The religious significance of the fountain 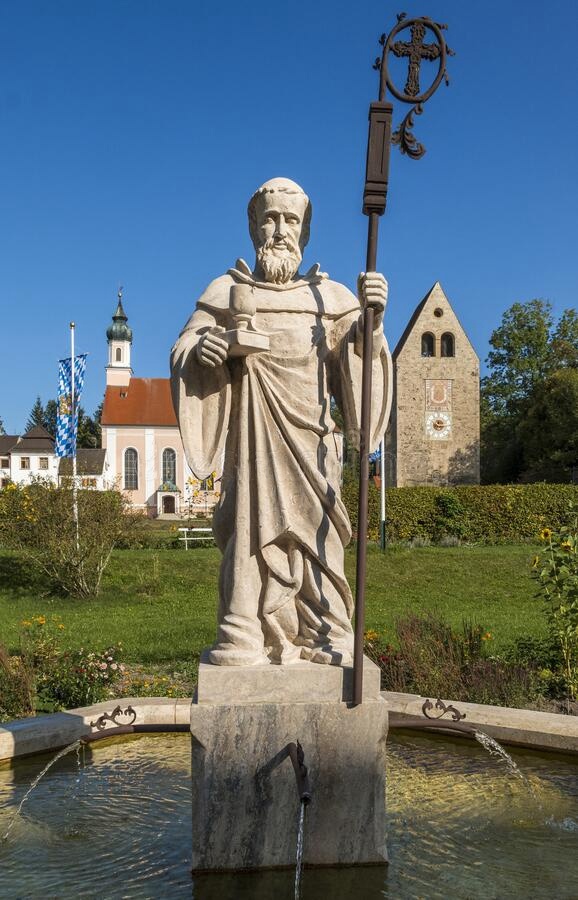 Fountains also exist in medieval palace courtyards. Medieval aristocrats believed that the fountain was symbolic of “the source of love” and irrigated plants. The maggiore fountain in Perugia, Italy, is decorated with exquisite paintings, as if telling stories of ancient times. Fountain in the middle ages the surviving device, craftsmen used to relief carving way, some of the famous story from the bible, as well as the social religious stories circulating in the engraving on the fountain, the europeans have full faith like building fountains, let oneself closer with god, contact more opportunities, This led to the construction of fountains and the spread of religious teachings.

In the course of history, the Roman Empire fell. By the Middle Ages in Europe, fountains were no longer common public facilities in cities, but existed in some palaces and monasteries. During this period, fountains were not only used to store water, but also added rich and diverse symbolic meanings. People call the place where they can see the fountain “Eden” and even give the fountain “water of life”, “water of purity” and “water of wisdom”. Today the fountains of torrone monastery in Provence still flow. Of course, in addition to serving as a symbol of “Eden”, the fountain in the monastery can give people peace, but also has a use value is that the believers can use the fountain to purify their hands when praying. 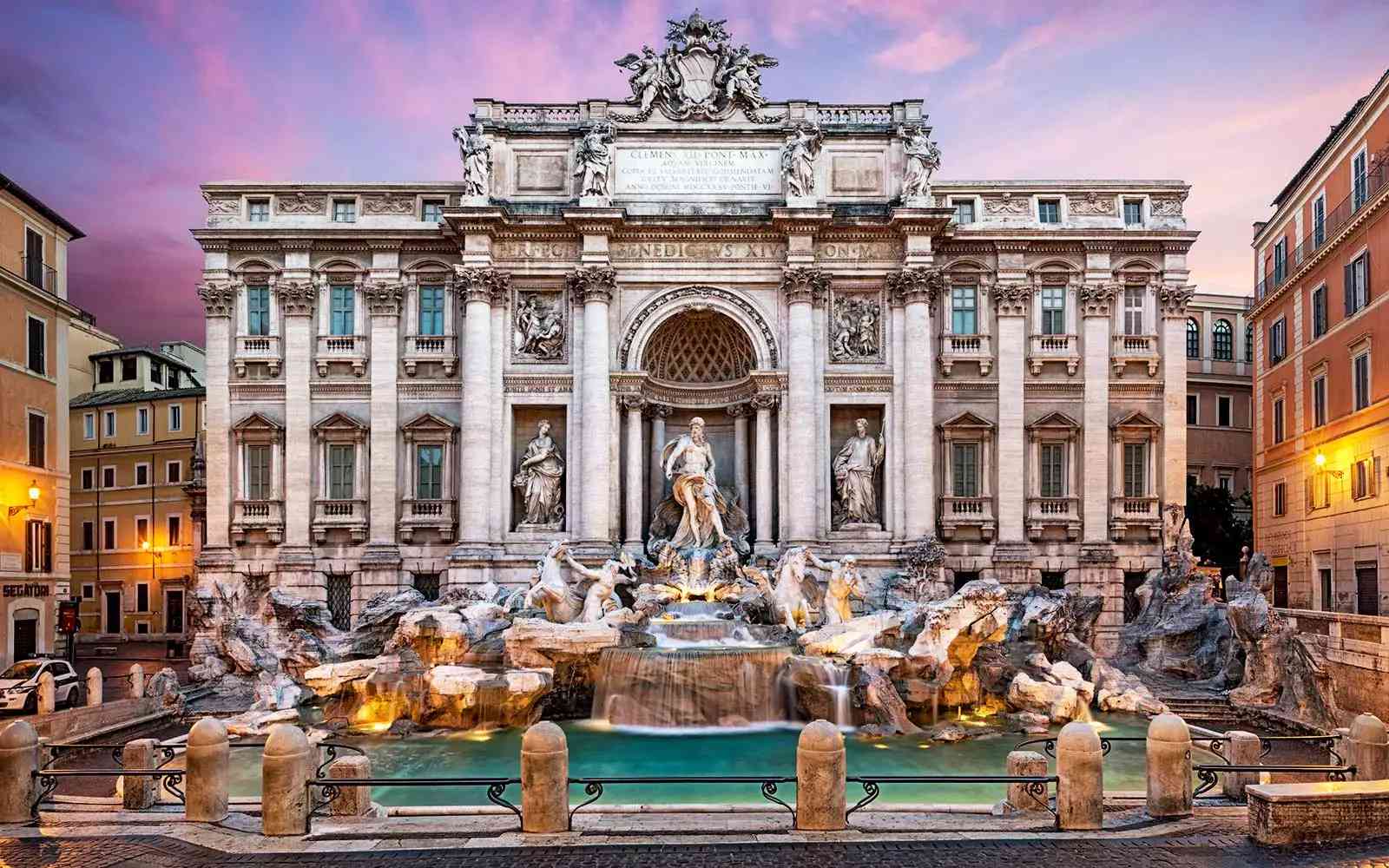 The theme of the fountain is the return of the sea god Nepler in Roman mythology. It has a Baroque architectural style, beautiful appearance, rich decoration and strong three-dimensional sense. Lifelike, and the clear spring water complements each other, presenting a moving fountain scene.

The name of the fountain, Trevi, means three-way road, because there are three roads extending outward in front of the fountain, which is also the origin of the name of the fountain. The background building is a Rococo-style Poseidon Palace, which is divided into three spaces by four columns. In the middle stands the Poseidon driving a flying horse chariot, the goddess of abundance and health to the left and right, and the four girls standing on it represent the four seasons. Accompanied by the two water gods who are half human and half fish, among the various underwater animals in the fountain pool, many of them are images imagined by the ancients. The center of the Sea God Palace is the sea god driving a Pegasus chariot, and the left and right sides are The goddess of abundance and health, and below the god of the sea is Triton, the messenger of the sea, with an appearance similar to the Arc de Triomphe. 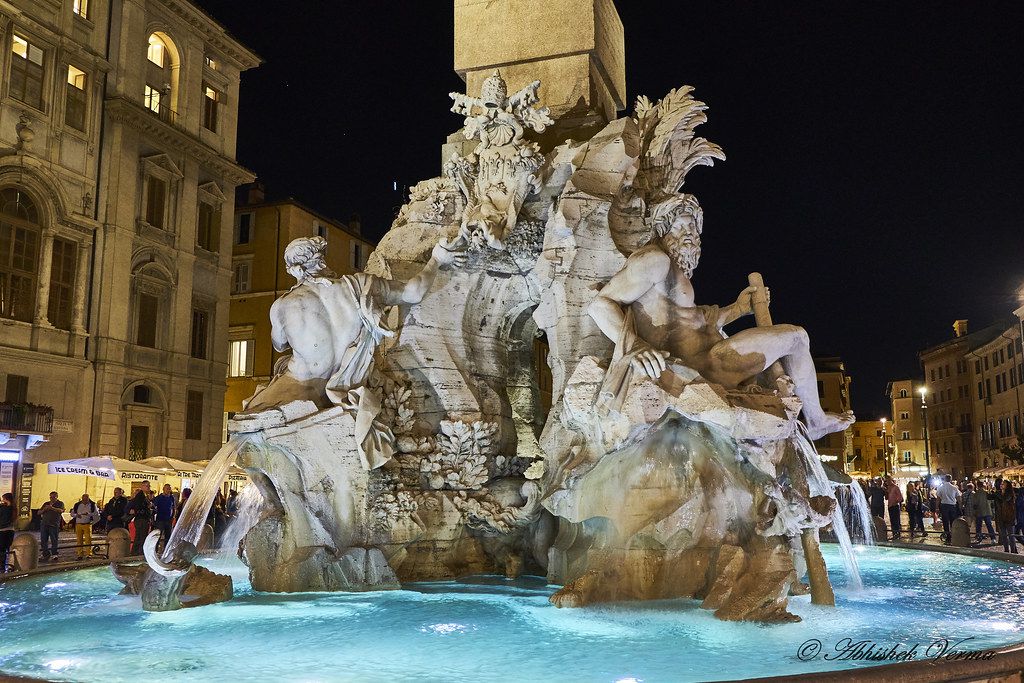 Fountain of the Four Rivers

The “Fountain of the Four Rivers” in Piazza Navona in Rome is an ancient Egyptian obelisk erected on a large hollow rock. There are 4 marble statues on the top of the rock, symbolizing the four major rivers of the world in the 17th century, namely Europe. The Danube in Africa, the Nile in Africa, the Ganges in Asia and the Labrata in the Americas. At the top of the obelisk, there is the pope’s coat of arms and the dove bearing the palm branch (the family crest of Pope Innocent X), which expresses the meaning very clearly: the Holy See has been restored and vibrant, and it rules in the name of God worldwide. Despite its obvious symbolic significance, Bernini’s fountain is his best permanent work. 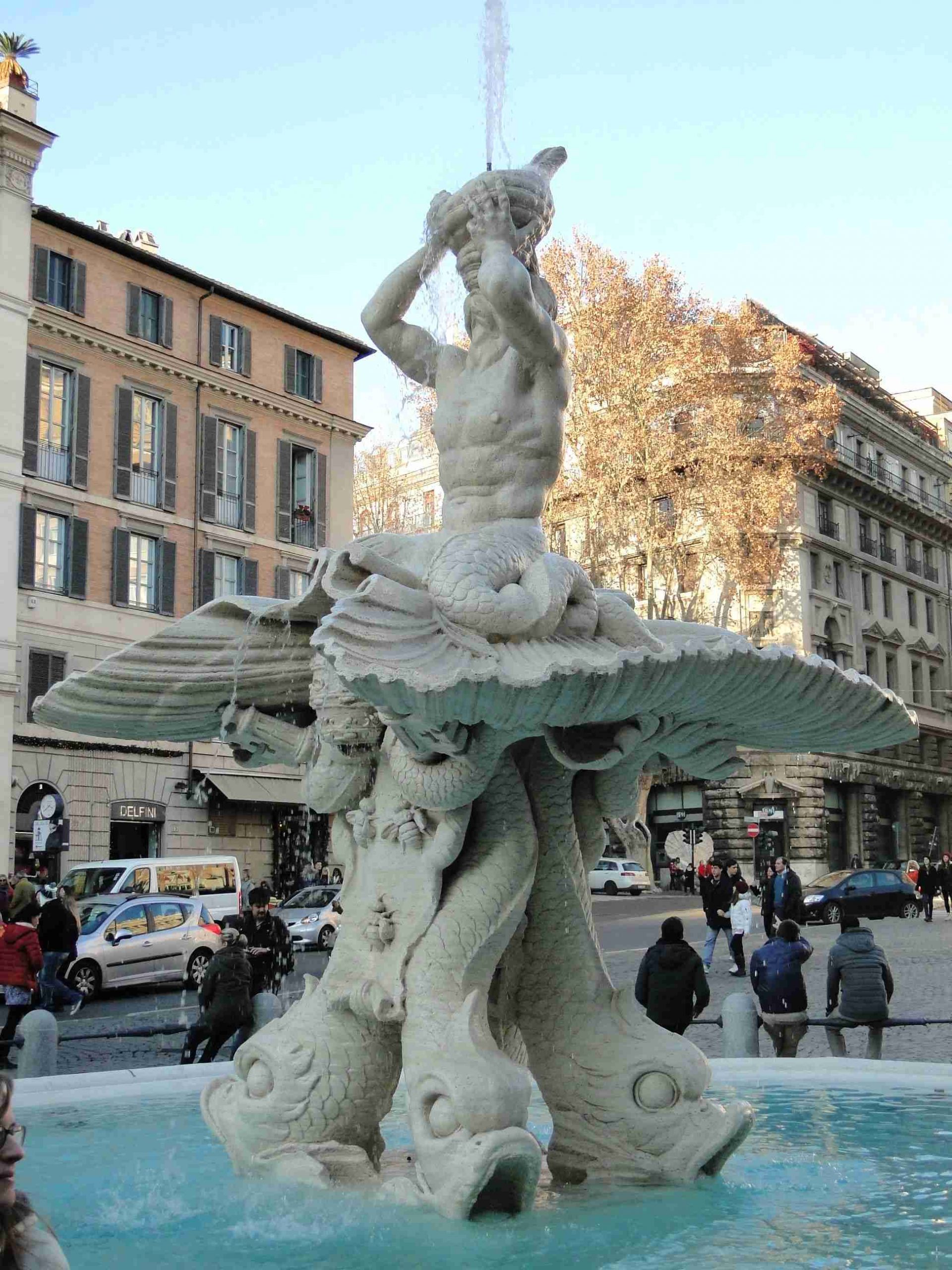 It is the masterpiece of Italian Baroque master Bernini. The male mermaid is made on top of four dolphins, holding a large conch with his head up and blowing water. At its center is a muscular Greek-Roman underage Triton, in the shape of a mermaid with four dolphin tails. He leaned his head back and raised his arms to drink from the conch; water jetted from it. Below it is supported by four dolphins, and on its scaled tail there is the Pope’s tiara with crossed keys and the coat of arms of the Barberini bee.

Fountain of the Naiads

The Fountain of the Naiads are four bronze statues of naked goddesses, each with a provocative posture lying on the body of four water animals, each with its own meaning. The seahorse symbolizes the ocean, the water snake symbolizes the river, the swan symbolizes the lake, and the lizard symbolizes the groundwater. The sculpture in the middle is Glaucus, the god of the sea, this statue represents the male conquest of nature. 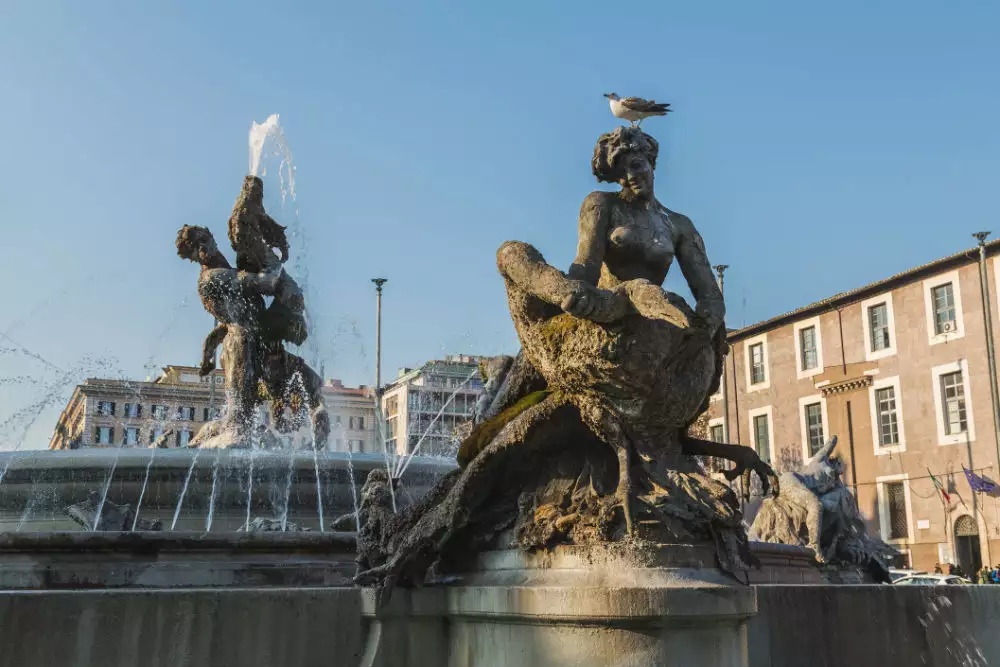 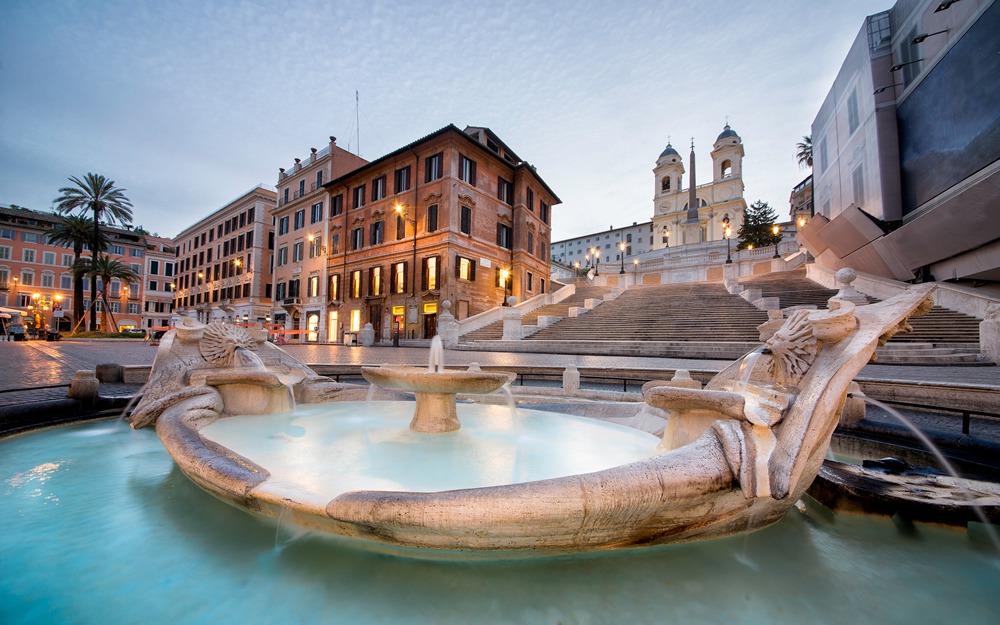 The Broken Ship Fountain, which means “Ship of Heaven”, perfectly integrates sculpture and architectural art. Peter Bernini made the original fountain into a boat that was half submerged in the pool. The water from the fountain first flowed into the broken boat, and then slowly overflowed from the four sides of the boat. In addition, the entire fountain was almost as high as the street level. Much like a leaky ship about to sink into the Plaza de España. The so-called broken ship fountain is actually not broken, but rather unique. Due to its special location and quaint shape, the Broken Ship Fountain is one of the most photogenic fountains in Rome, adding a sense of joy and flow to the Plaza de España. 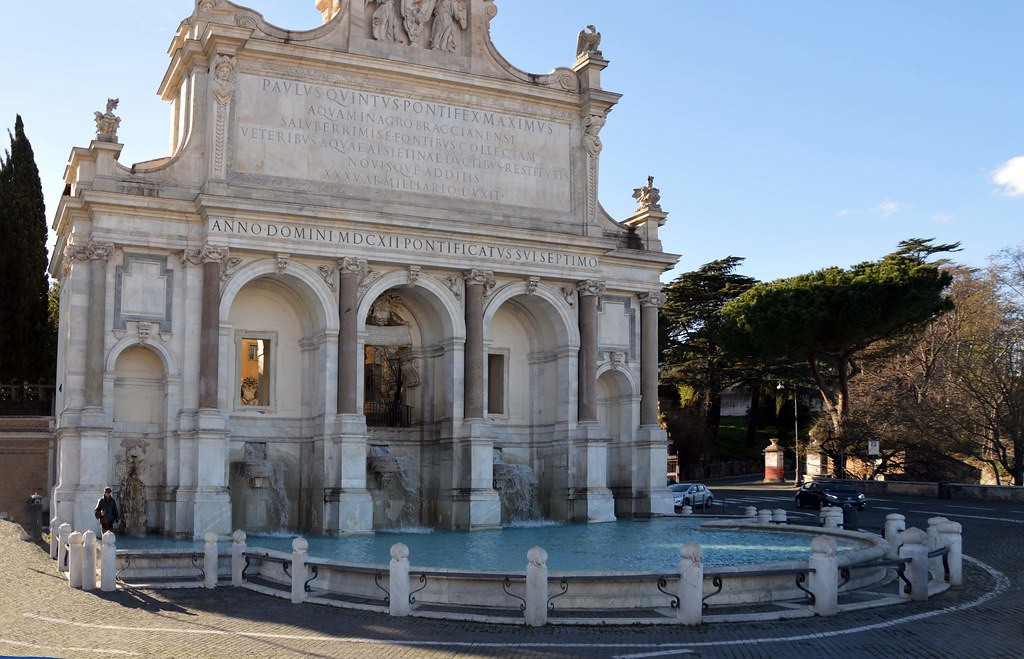 The fountains scattered in the streets and alleys in Rome are so simple and humble, but each fountain has a unique face and tells a moving story, all of which are so charming. Roman fountains pay attention to perfection, focus on detailed description, and pay attention to depicting and reflecting the real characteristics of things, giving people a strong sense of volume and a vibrant artistic image. The portrait sculpture of the Roman fountain is lifelike and the technique is perfect. The most important thing is that it deeply depicts the psychological characteristics and personality of the Romans. Yearning for a better life, or to express religious stories, or to reflect romantic themes such as myths and legends, love stories, etc. The lifelike fountain sculpture is the artist’s unremitting pursuit of art, and we can also customize it for you.